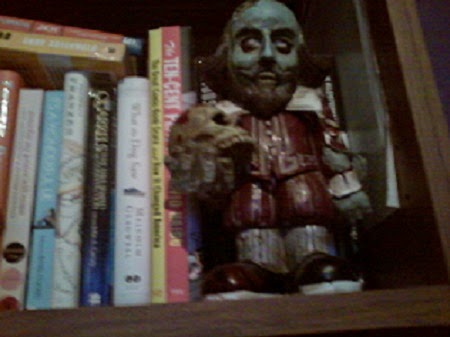 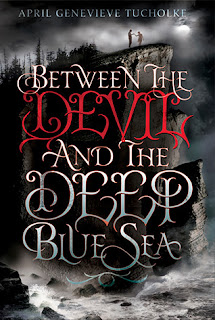 "People said time was relative, and I guess that explained why my life before River felt like a handful of seconds- brief flashes of small events that added up to very little.
But my life after River was a three-volume saga. Epic with quests and villains and murders and unsatisfactory resolutions and people being torn apart."

Between the Devil and the Deep Blue Sea is a paranormal teen romance book with heavy hints of southern gothic. It's sort of Twilight meets Beautiful Creatures, but different. Also, it's really, really good.

Violet and her brother Luke are the grandchildren of wealthy industrialists. As such, they are not supposed to get jobs to earn money for silly trifles such as food. While their artist parents travel in Europe and are basically unreachable, Violet comes up with the idea of renting out the guest house. A girl's gotta eat, after all.

Soon, almost freakishly soon, someone responds to her ad. The new boy in town is called River. Violet is drawn to him, and River seems to reciprocate her feelings. Despite never having strong feelings towards any of the boys in town, she starts having all kinds of steamy dreams about him. The problem is that strange things start to happen, bad things.

What qualifies as strange? The teenage neighbor sees a mad man in a cave moments after telling the story of a mad man who lives in a cave. A little girl disappears, the neighborhood children having seen her abducted by the Devil himself. People start to do things and feel things that they cannot control. The timing of the events coincides with River's arrival. The question is how River could do these things, and if he is responsible, does that make him evil?

I was a big fan of Violet. She was a fairly sensible girl (In one of my favorite quotes, she talks about a childhood fantasy that she had where a rich descendant who owns a neighboring estate comes back and they fall in love. She concludes this admission with, "I was pretty stupid when I was younger." That really made me laugh.) who likes to wear her late grandmother's clothes and watch old movies. River was fairly dreamy, though I have a thing for the boys with dubious motives. They have a pretty nice relationship, which fortunately doesn't ruin their individual characters.

Between the Devil and the Deep Blue Sea was pretty exciting. Normal, casual events would take place, then all of a sudden STUFF would happen. I loved how it was hard to predict when STUFF would go down. I am eagerly anticipating the sequel, which is due out August 2014. How can I wait sooo long?

I received my copy of Between the Devil and the Deep Blue Sea from Edelweiss, courtesy of Dial. It's available for purchase now.
Posted by Caitlin at 10:42 PM